An author would like to include a photo of the Mona Lisa by Leonardo Da Vinci, painted between 1503-1517.  The photo below was found on Wikimedia, which states that it is in the public domain but provides a link to the Louvre Museum as the source of the photo.  Can we use the image without permission? 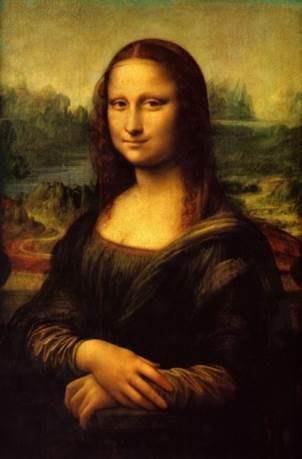 An author would like to use a poem she found in the following publication:  Character and Heroism by Ralph Waldo Emerson published by Ulan Press (2012).

This figure was taken directly from a website.  Can we use it? 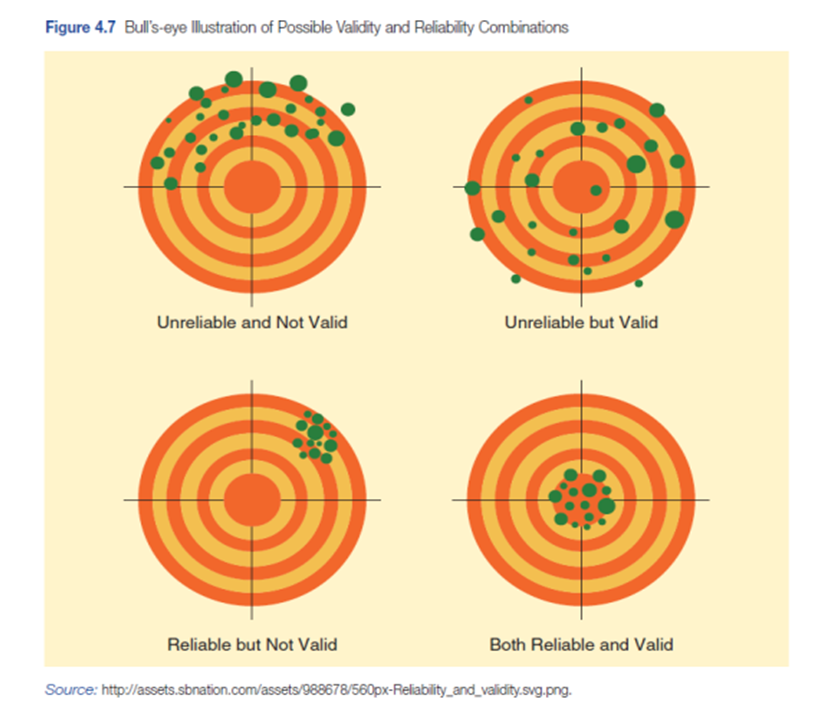 A measure can be valid but not reliable, or reliable but not valid—or it can be both (the best result), or neither (the worst). The analogy of shooting at a target helps illustrate this idea, as shown in Figure 4.7.

The lower left target shows a shooter who is reliable but not valid—her shots are highly consistent but off the mark. The upper right target, in contrast, illustrates a shooter who is valid but unreliable—on average his shots center on the bull’s-eye but are wildly dispersed (lots of random errors). The lower right target illustrates the best shooter—the shots are both consistent (reliable) and on the mark (valid). Finally, the upper left shooter is the worst, as the shots are both widely dispersed and off the mark.

Picturing this bull’s-eye analogy often helps in learning and applying the distinction between validity and reliability.

The copyright of this image is held by an unknown attendee of a stand-up comedy performance who took this photo of American stand-up comedian, actress, and writer Amy Schumer, performing in 2006 and posted it anonymously online.

Can we use this photo? 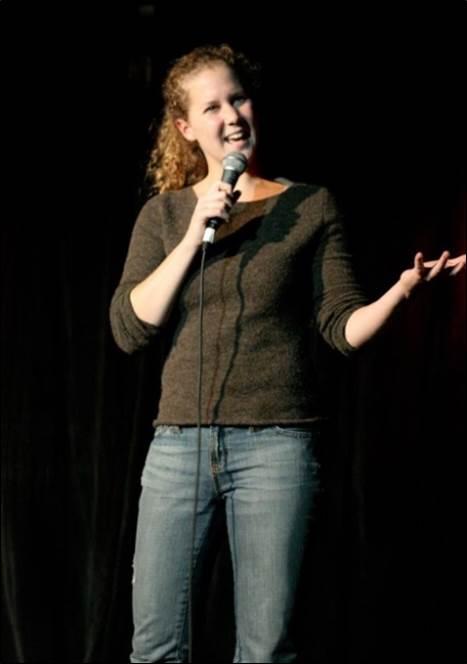 Informality and a lack of contrivance are hallmarks of stand-up comedy’s contemporary style. The stand-up comedian performs for the most part without conspicuous staging, props, or costuming. As can be seen in this photo of Comedian Amy Schumer performing, effective use is made of the diegetic space of the (deliberately) bare stage, namely a microphone stand and a stool or a table; the performer wears a costume that is a deliberate “non-costume” of what he or she would typically wear as an audience member.

This photo was taken at a public event.  The author does not directly refer to it in the text.

What permissions are required?