5.1       Refer to Tables 5.1 and 5.2. In Table 5.2, the first two columns show sample allocations based on proportional allocation and σh for payroll, and the resulting sampling variances for payroll and number of employees. How would these numbers change if the number of hospitals with less than 50 beds, shown in Table 5.1, was 2,614 instead of 1,614? 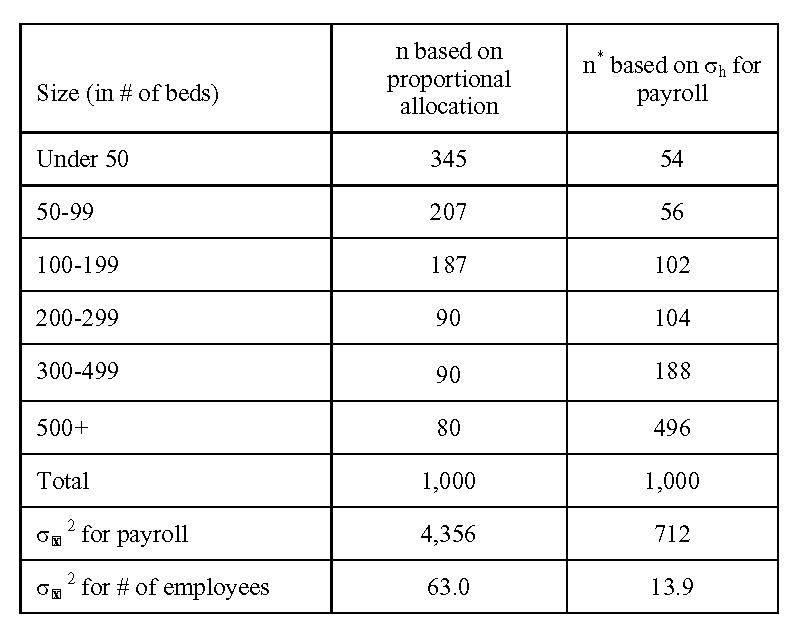 Compared with Table 5.2, relatively more sample is allocated to hospitals with less than 50 beds, because they now account for a larger proportion of the population.

Following Equation 5.1, the sampling variances for payroll and number of employees are calculated as:

terms. It will make a difference, especially for hospitals with 500+ beds, because our disproportionate sample allocation for that stratum (n*) represents more than 80% of the stratum population.

If you get numbers that are close to these, but a little different, the difference is probably just from rounding effects.