Triangulation on the border

During my research as a PhD student I found triangulation to be an incredibly useful and frankly unavoidable part of my methodology. I didn’t use the technique to cross-validate one aspect of my research with another, but to gradually help me build a clearer picture of my overall research question.

My PhD thesis was a study of violence on the Chile‒Peru border from 1925 until 2015. I was therefore trying to understand phenomena that were nearly a century old while at the same time collecting information on how violence exists in the border region at the present day. In this way triangulation became necessary to search for answers to one, wide-reaching question: What is it like to live in a violent border region?

The older historical events that I studied could only be understood through historical archives and I spent roughly half of my time on fieldwork visiting different archives to look at official government documents as well as personal diaries and newspapers. For events that were more recent – around forty or fifty years ago – I sought out oral histories. This meant finding research participants who had been alive in the 1960s and 1970s and interviewing them about what they remembered from that time. Of course memories can be lost or become changed over time but this offered a fascinating approach. 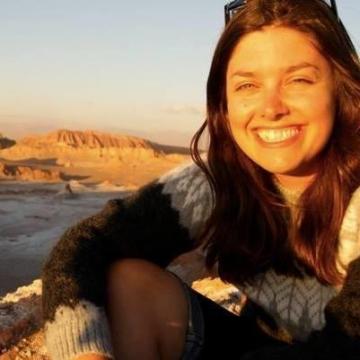 When studying the present day I conducted interviews with individuals about their current perceptions of violence on the border and I constructed my own archive from online materials (a form of data-mining, so to speak). In other words, I was collating online data that hadn’t yet become part of an official historical record. These online resources were often newspaper articles (which often had interesting comment threads below each post) and social media materials. Using social media was challenging because it was so vast and, as such, it was difficult to find exactly what I was looking for. I was lucky enough to find Facebook groups which perfectly aligned to the ideas central to my research question, and so I was able to collect comments (while being careful with anonymity issues and ethics) as well as ‘memes’ which provided humorous but surprisingly multi-layered dimensions to my work. I also used other types of social media such as Twitter, as well as the comments that are found below YouTube videos.

The combination of these three methods – traditional archives, interviews, and online resources – allowed me to build up a rich picture of life on a violent border over a ninety-year period. I was able to collect fragments of information from these mixed methods that when compiled together gave a much more detailed and nuanced overall picture. Although it’s a cliché, for my research at least, triangulation meant that the whole was greater than the sum of its parts.

Cordelia Freeman is a Teaching Associate in the School of Geography at the University of Nottingham. Her PhD was an examination of the history of violence on the Chile‒Peru border and her work continues to explore themes of international diplomacy, military violence, and the biopolitics of health in the Latin American borderlands. Cordelia teaches on a number of political, historical, and cultural geography modules as well as research methods.