1. For each of the following centrality measures discuss the appropriateness of each for analyzing both directed and undirected binary networks.

Answer: Betweenness centrality is only appropriate for undirected networks.

Answer: Closesness centrality is only appropriate for undirected networks.

Answer: Beta centrality can be used in both types of networks. In the case of a directed network, there will be an ‘in’ and ‘out’ beta centrality.

2. In the problems that follow we will primarily be using the bank wiring game network (wiringRDGAM.##h) for analyzing a select set of centrality measures. The social network is an undirected graph of who plays games with whom in the bank wiring room. For each of the following centrality measures conduct an analysis one measure at a time and save the results as an attribute file. Be sure to note the name of the output files since you will be using them later.

a. Degree Centrality (in UCINET go to Network|Centrality and Power|Degree and input the game network and click OK). 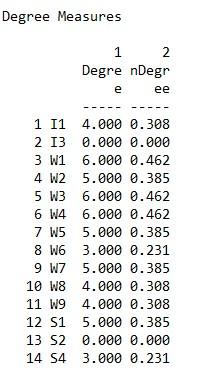 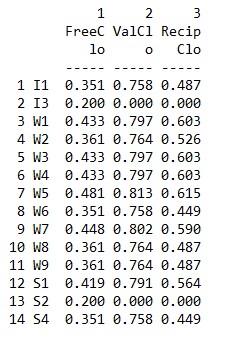 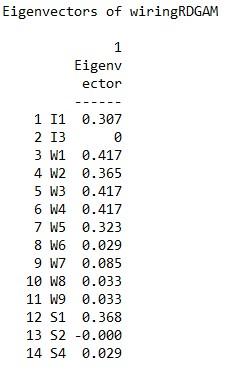 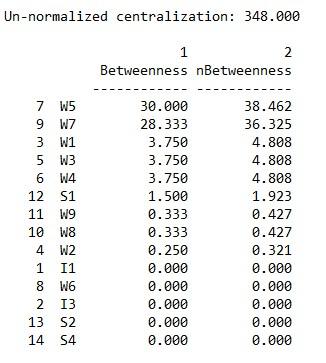 Whereas the degree and closeness centrality analyses are somewhat similar the eigenvector and betweenness analyses reveal important structural characteristics of some of the nodes. In the case of eigenvector centrality, power is more concentrated in the cluster to the right in that more highly central nodes are connected to other central nodes. For betweenness centrality, clearly actor’s W7 and W5 are in brokering positions in that they connect two distinct clusters in the network.  We can also think of them as having higher social capital.

4. Using the advice relations among actors in Krackhardt’s advice network (KRACKAD.##h) provide an analysis of node centrality for each of the measures below. The network is a directed dichotomous network.

EXERCISES NOTE:  The KRACKAD network used for problems in Chapters 5 and 10 are not the same in the KRACKAD in the UCINET standard datasets. 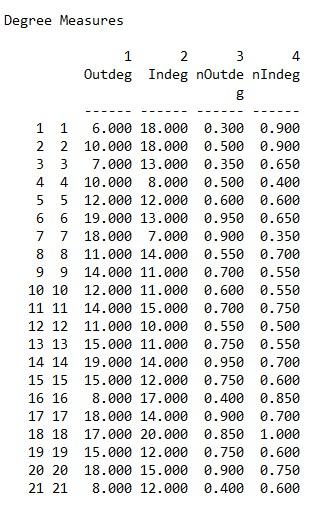 5. The science collaboration network used in Chapter 6 is a symmetric valued network reflecting the number of grants researchers have in common. Provide an analysis of node centrality in this valued symmetric network for each of the following centrality measures.

a. Degree Centrality (in UCINET go to Tools|Univariate statistics and input the collaboration network. Note the name of the output file) 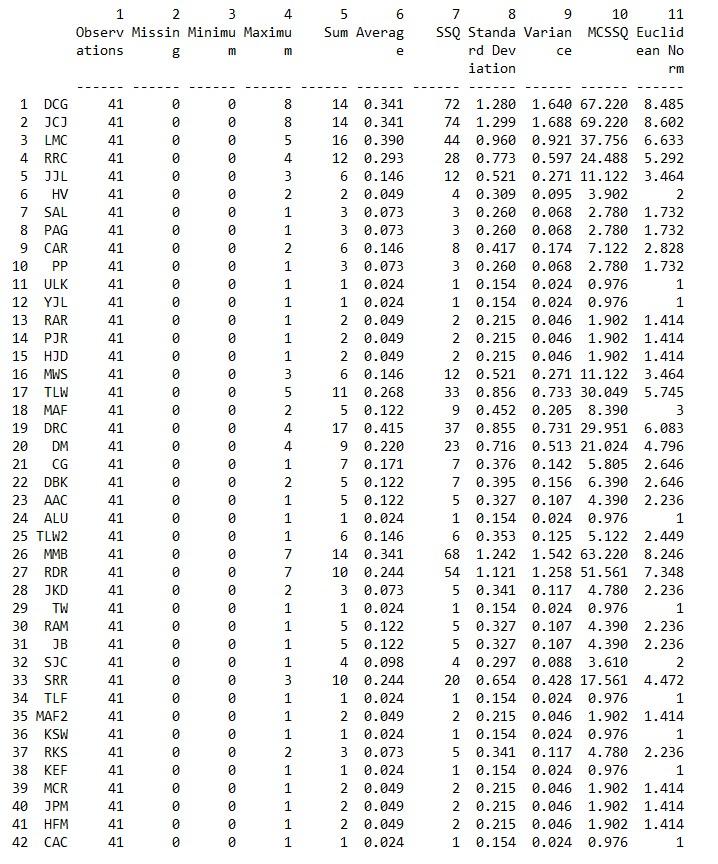 d. What can you say about the relationship between the various centrality measures