Individual exercises to help test your understanding and knowledge of key areas of text. Complete them to see your strengths and weaknesses.

The world around us is divided into many areal spatial units or polygons. Some of these are visible in the landscape, such as fields formed by ditches, fences, hedges and walls enclosing agricultural crops and livestock, whereas others are more conceptual such as the watershed around a drainage basin or the invisible lines surrounding the electorate in a parliamentary constituency. The polygons into which people living in residential properties are aggregated for the purpose of generating census statistics also fall into the latter category. Residential properties (dwellings) in most cities and towns are arranged along thoroughfares (streets and roads), although some may be grouped around areas of open space and others may be multilevel and/or multiple household buildings. Such spatial layouts also occur in towns, villages and hamlets in the countryside, but here there are also likely to be more dispersed and isolated dwellings. Figure 1 illustrates a typical collection of 134 residential properties on the edge of a small town. Each residential address has a unique identification number (ID) instead of an address to make the following exercise easier to complete and it is assumed that there is only one household at each address. Table 1 provides some basic population (person) counts for each of these dwellings using the ID numbers to link people to an address.

There are many different ways in which the collection of residential properties shown in Figure 1 could be allocated to a discrete number spatial units according to a given set of criteria. The first of the following three tasks should be carried out by printing copies of Figure 1 or you can use graphics software if preferred to sketch lines over the graphic image.

Your first task is to partition the entire area of space shown in Figure 1 into a set of polygons by drawing a set of boundary lines enclosing groups of dwellings such that:

Reflect on the processes that you went through to define the set of polygons and consider the following questions:

Now you are given the following additional information: there are 15 per cent of males and 20 per cent of females in the total population who are aged 65 years and over. There is no need to try and produce a new set of polygons, but imagine you were asked to produce another set of polygons that partitioned the entire area of space such that the population and household count criteria in Task 1 are satisfied and the proportions of males and females aged 65 years are both within 5 per cent either side of their overall averages (i.e. 10‒20 per cent males and 15‒25 per cent females).

You drew your set of polygons by hand. How could the polygon drawing process that you carried out be automated so that it could be extended to the millions of dwellings across the whole country using the same sets of criteria? 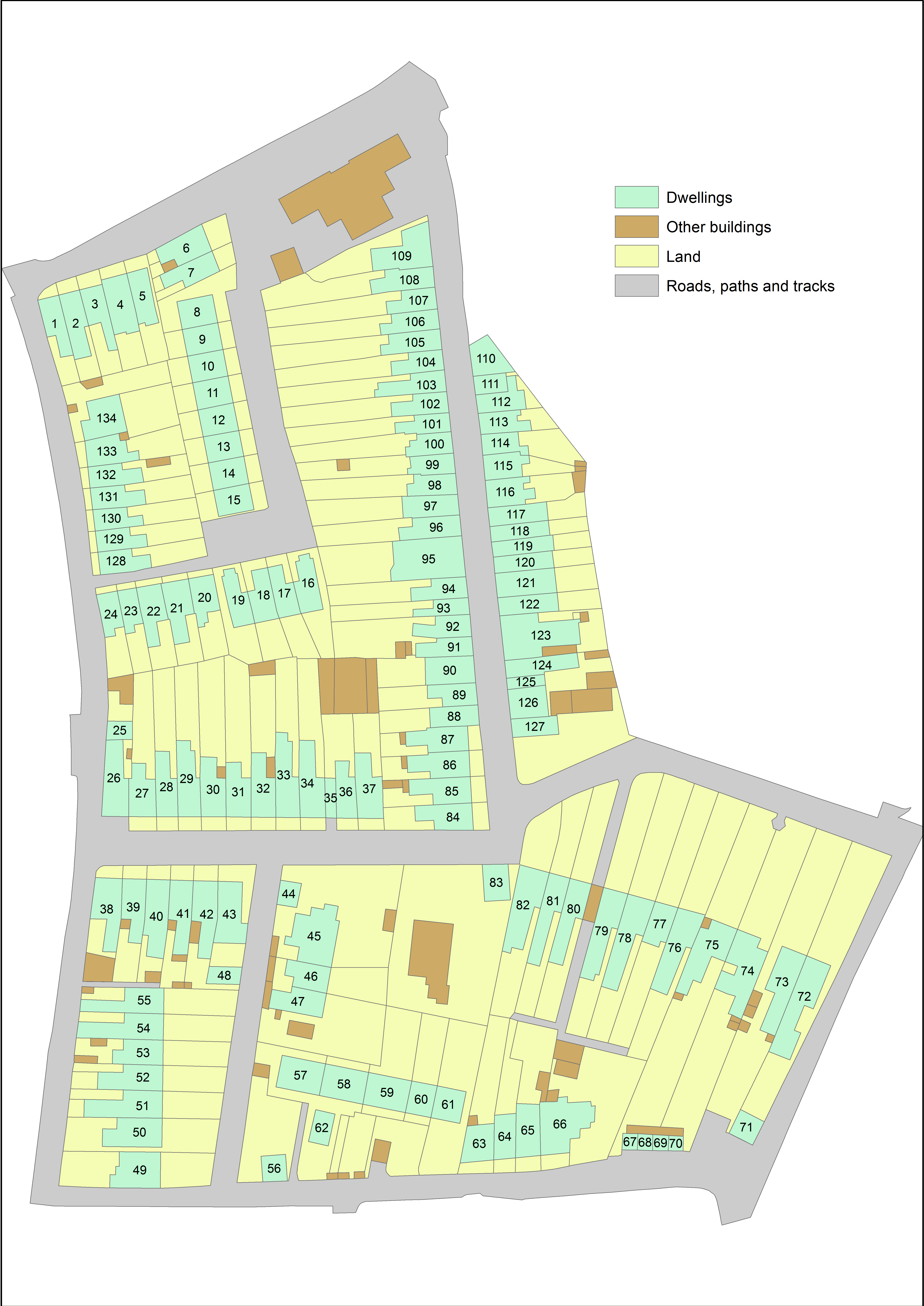