Communications technology is developing so rapidly that today’s journalists have to be more plugged in to audience behavior than ever before. Fortunately, there are organizations, like the Pew Research Center for the People and the Press, that make tracking changes in news consumption more manageable. 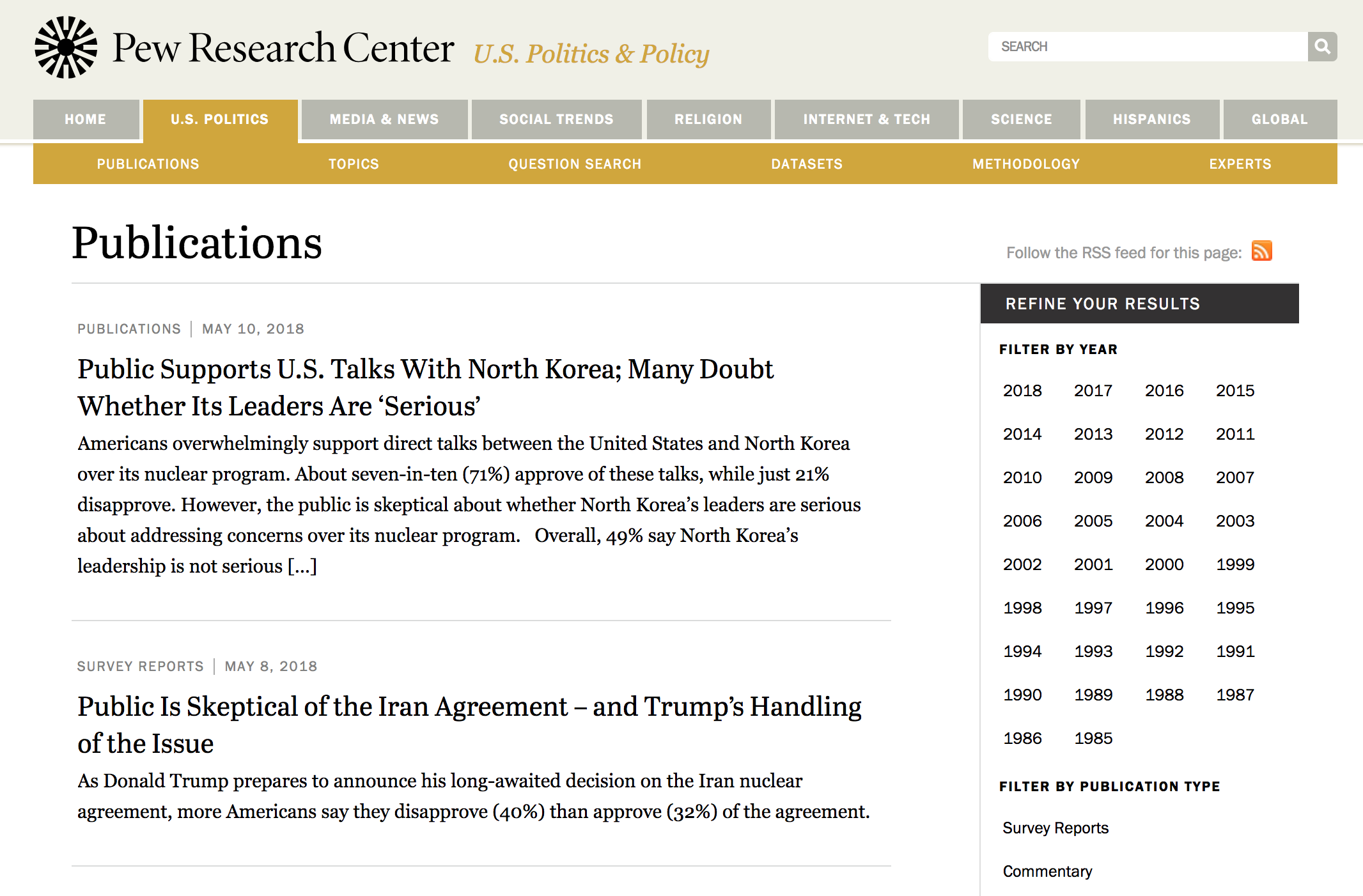 All most of us have to do to understand the importance of a multimedia approach to storytelling is to think about our own media usage. Few of us get all of our news and information from a single source.

Using the media log in the Module Resources, track all the media you access for a 24-hr period.

Once you have your results, answer the following questions:

You’ve read about the specific strengths of print, broadcast, and online media. Good multimedia storytellers know how to take each element they’ve accumulated in the newsgathering process and then maximize the impact of the content by choosing the best presentation medium.

Exercise
For this exercise, you will choose a widely disseminated story, something that will be covered in most media outlets.

Consider checking Google Top Stories for a topic that is garnering a great deal of interest.

Take a look at how that story is being covered by at least two different types of media.

For example, you might watch how the State of the Union is covered by a network newscast and then go online to see how a site like Huffington Post covers the same event.

Using the questions below, evaluate how well the journalists involved leveraged the various platforms.

Award-winning multimedia projects all have one thing in common--they illustrate an understanding of the online medium and capitalize on its unique strengths of interactivity, innovation, and the ability to be available on demand.

“Troubled Water,” an investigation into drinking water contamination in communities across the country, is the 2017 project of the Carnegie-Knight News21 program, a national multimedia reporting project produced by top journalism students and graduates. Each year, students selected into the program report in-depth on a topic of national importance.

Based out of a newsroom at the Walter Cronkite School of Journalism and Mass Communication at Arizona State University, 29 students from 18 universities conducted hundreds of interviews, reviewed thousands of pages of state and federal statutes and other records, and built databases and data visualizations documenting the issues surrounding water pollution. The project was a finalist for an IRE Award from Investigative Reporters and Editors.

Follow the link above to explore the site and then answer the following questions: 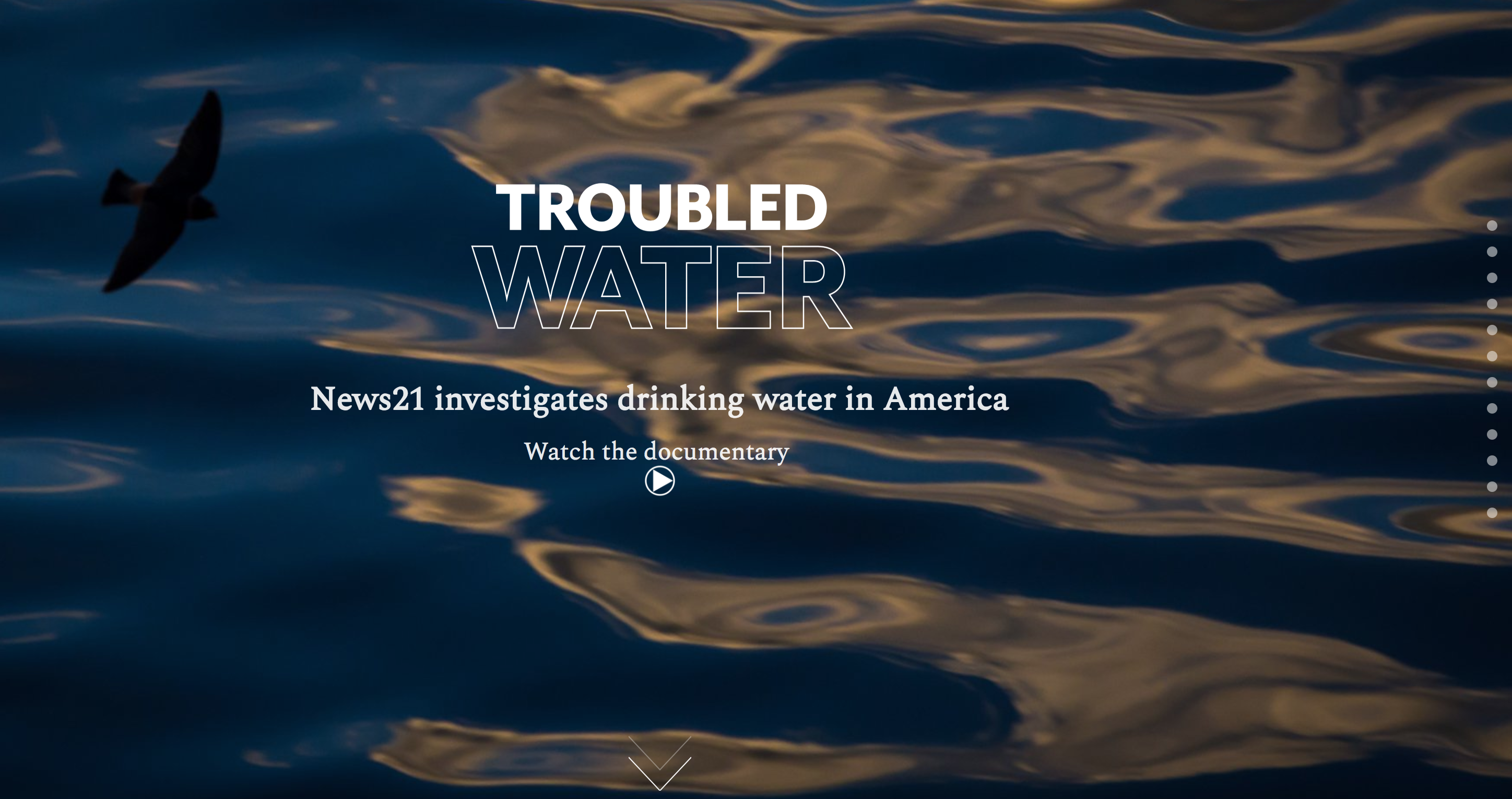 A virtual reality project produced by University of Southern California student journalists in partnership with The Desert Sun was recognized with an international journalism award at the Online News Association Conference.

“Turning Tides: The Story of the Salton Sea.” 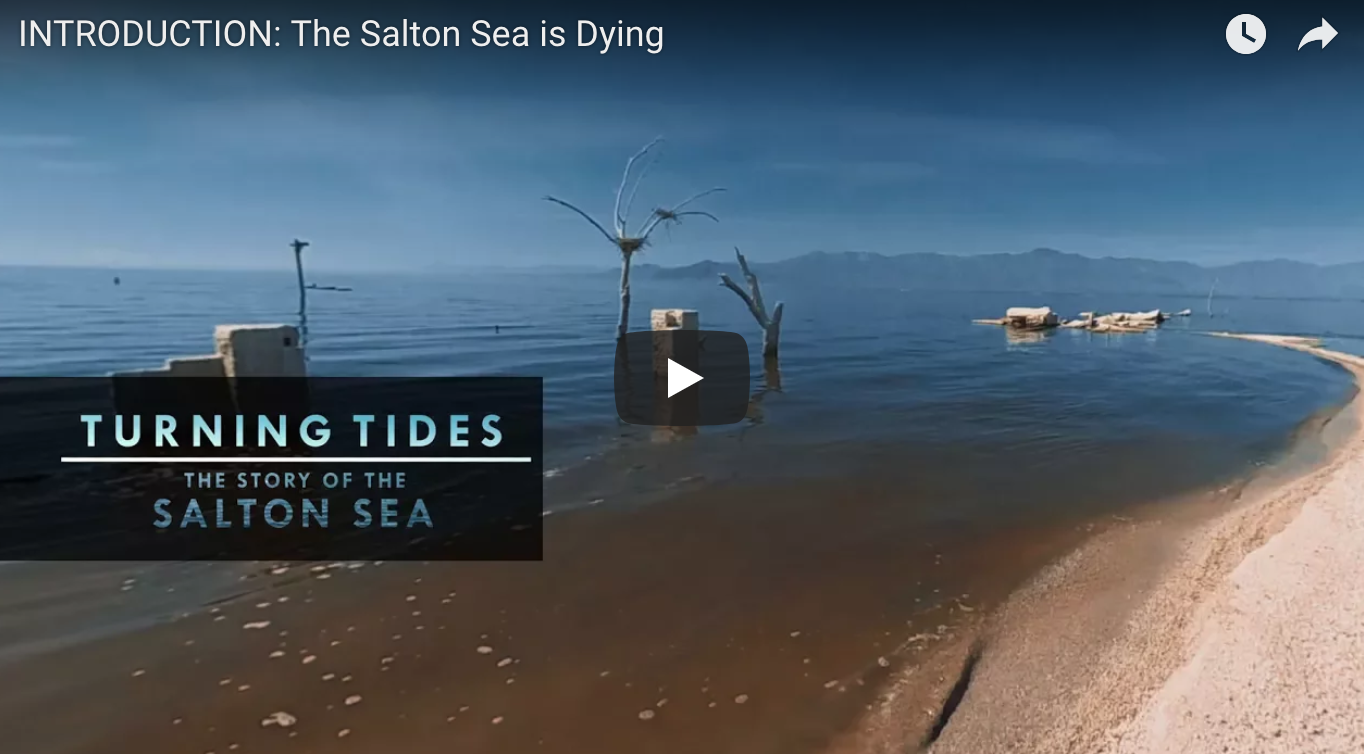 Follow the link above to explore the site and then answer the following questions:

[This] student-led, immersive project that uses cutting edge technology (360 cameras, drones and more) all in the service to create a compelling news story. While this project is a partnership with The Desert Sun, all the immersive experiences are produced by the students. They did the research, the reporting, the production and post-production. The Sun staff guided students editorially, ensuring the project accurately reflects the local community.

The following is a list of six stories you would almost certainly want to cover in some way, whether you work for television, print, or online media. It goes without saying that you would be publishing content related to these stories on social media, too. However, as you read in the text, some stories are better suited to one medium versus another. In this exercise, you must choose which medium would be optimum for each story.

Question 1
At this moment, a fire is burning through a luxury apartment building in your town. Dozens of people had to evacuate and the flames can be seen for several blocks.
A. TV
B. Online
C. Print

Question 2
The state has released a list of all 300 restaurants in your area that have violated health codes 10 or more times in the previous year. In addition, they have released another list of the 2,600 restaurants that have consistently achieved "A" ratings over the past year.
A. TV
B. Online
C. Print

Question 3
A 4-year-old child in your area is now considered one of the finest young violinists in the world. That's despite the fact that he has to stand on a chair to use his music stand and he watches "Clifford the Big Red Dog" on practice breaks.
A. TV
B. Online
C. Print

Question 4
For the past 6 months, you have had access to the state's only mental hospital for children. You have been able to talk with several family members who are very worried about conditions inside and administrators say they just don't have the money to make it better. However, you have NOT been allowed to get any pictures of the children or the staff for privacy reasons.
A. TV
B. Online
C. Print

Question 5
Your city has just spent $3.2 million to commission a piece of public art that looks a lot like a rusted out old car to some people. The radio talk shows are filled with callers on both sides of the issue.
A. TV
B. Online
C. Print

Question 6
Your local airport is relocating and the land it currently sits on is prime real estate. Twelve developers are bidding on the property and their plans are fairly complicated. The County Commission is meeting to discuss the details of the bids.
A. TV
B. Online
C. Print

Question 2
Ans: B. The potential for interactivity that online could provide through a searchable database makes this a great web story. A print publication could publish a significant amount of this information, but may not want to devote that much space to the topic. It is hard for a TV news story to incorporate long lists of names or other data effectively.

Question 3
Ans: A. Hearing the violinist play is critical and seeing him getting up on the chair and heading off to watch cartoons on breaks would be most effective on television. Strong visual stories can also work well online, but the speed of the user's Internet connection or computer can affect the presentation. A well-written print story could be very compelling, but the story loses something without the ability to hear the music.

Question 4
Ans: C. This story is compelling and complicated enough to require a long, narrative treatment. That's something the print medium is well suited for. Though online has unlimited space, it's not always easy to read a lengthy story on a computer, even if the presentation is designed well. Without getting video inside the hospital, this story is tougher to tell effectively on television.

Question 5
Ans: B. This story has lots of possibilities in any medium, but the web is perfect for creating a public forum, allowing people to add their comments to the discussion and to have others respond to their views. You can easily include a photo of the artwork and multiple comments from citizens, but you can't involve as many people in the discussion as the web can. There is the potential for compelling video and sound on this story, but TV's time limitations mean that you will only be able to air a small number of comments on the issue.

Question 6
Ans: C. Depth and detail is what print does best. This story will certainly be complicated with lots of numbers and analysis. This story has possibilities online, but long explanations are generally easier to absorb in print. This story is weak on visuals and it will be difficult to compare 12 bids effectively in an average length TV story.